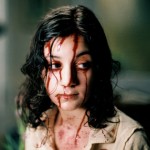 The wonderful Swedish vampire romance Let the Right One In is released this month and you can read our interview with author John Ajvide Lindqvist in the spring 09 issue of Electric Sheep. Also on UK cinema screens this month are Werner Herzog’s unique take on the nature documentary Encounters at the End of the World, Tony Manero, a Chilean murder story involving a John Travolta impersonator, and micro-budget British urban drama Shifty.

John Williams’s accomplished first feature, Firefly Dreams, is released for the first time on DVD. An evocative tale about the pains of growing up made by a Welshman in Japan, it is a little-known gem worth rediscovering. Two new box-sets got our attention this month: first is the Red Riding Trilogy, adapted from David Peace’s moody Yorkshire crime dramas and recently seen on Channel 4. We also review Female Prisoner #701: Scorpion, the first instalment of the Female Prisoner Trilogy, which includes all three films of the 70s exploitation Japanese series directed by Shunya ItÃ´ and starring Meiko Kaji as the fearless female avenger.

We have an interview with Nicolette Krebitz, whose The Heart Is a Dark Forest opened the Birds Eye View Film Festival last month, as well as previews of the Sci-Fi London Festival and Glimmer, Hull’s international short film festival. We take a look at Naked Lens: Beat Cinema, the acclaimed book by Electric Sheep contributor Jack Sargeant, which has recently been published by Soft Skull in a revised edition. In the Film Jukebox, Sleeping Years‘ Dale Grundle tells us about his favourite films. And we report back on the Flatpack Festival, which was the best film fun we’ve had in a while!