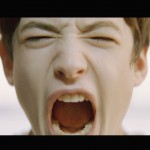 Afterschool was one of the best films we saw at last year’s London Film Festival so we’re very pleased that it is now getting a theatrical release in the UK. Other theatrical treats this month include Mesrine, a two-part epic about the charismatic criminal who terrorised France in the 70s, with a phenomenal Vincent Cassel in the title role. Germany offers its own take on the seductive gangster type with Chiko, set in the Turkish community of Hamburg. Sin Nombre is a powerful drama that combines illegal immigrants and Mexican gangs â€“ read our interview with American director Cary Fukunaga to find out more about the unusual and dangerous making of the film. Beautiful Losers documents New York’s Alleged Gallery and the outsider artists such as Harmony Korine and Mike Mills who gravitated around it in the early 90s â€“ we have an interview with director and Alleged Gallery founder Aaron Rose. Finally, Home is an intimate drama that looks at the coming apart of a family when a new motorway opens near their house.

Film4 FrightFest returns at the end of the month with a fantastic programme of chillers and shockers and we are particularly looking forward to Triangle, Pontypool, Heartless and Black. We are planning to attend assiduously and will report back in our September issue.

In the DVD releases we look at two new films from Terracotta, the exuberantly macabre The Fox Family and the understated ensemble drama God Man Dog from Taiwan. We also take a look at Rolf de Heer’s infamous Bad Boy Bubby, Paul Schrader’s Mishima and Orson Welles’s The Stranger.

We have an interview with Baek Seungâ€“bin, director of the remarkable Members of the Funeral, which impressed us at the Edinburgh Film Festival, although it is yet to secure a UK release. In the Short Cuts we have a report on the Soho Rushes Film Festival while The Nightingales are this month’s Film Jukebox guests.