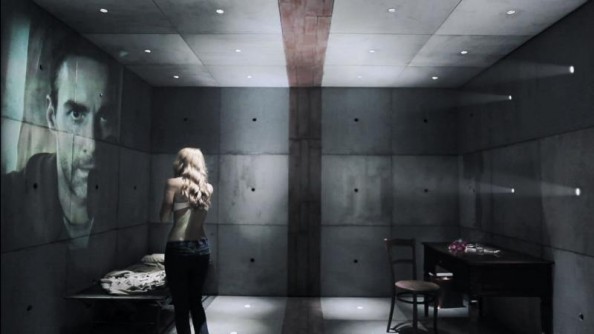 Treachery is this month’s theme: we have reviews of True Love, a thriller that explores the dangerous consequences of lying to your spouse, and Extracted, a cerebral puzzler that explores the truths and lies we tell ourselves, both screening at SCI-FI-LONDON, Vincente Minelli’s take on glamorous betrayal in Hollywood The Bad and the Beautiful, Australian tale of scapegoats in the Boer War Breaker Morant and high-octane Welsh-directed Indonesian martial arts actioner The Raid, which is released this month.

We have articles on Joseph L. Mankiewicz’s theatre of treachery from All about Eve to Cleopatra, manly betrayal in Westerns and the treachery of memory in Blade Runner. In Alter Ego, Elizabeth Wilson is Wicked Lady Margaret Lockwood while Reel Sounds delves into Roman Polanski’s The Tragedy of Macbeth.

At the cinema we look at Marcel CarnÃ© poetic realist classic Le quai des brumes, She Monkeys, a Swedish debut about two young women’s competitive friendship set in the world of equestrian acrobatics, and dark sci-fi drama Clone, and we have an interview with Udo Kier, who stars in sci-fi extravaganza Iron Sky. Hammer thriller The Plague of the Zombies is the subject of our Comic Strip Review while Cine Lit looks at books on Iranian cinema, conspiracy cinema and saucy British cinema.

PODCASTS:
True Love:: In an interview recorded at SCI-FI-LONDON, Virginie SÃ©lavy talks to the makers of sci-fi drama True Love, about a young married couple who find themselves locked in separate sealed rooms and forced to answer questions about how much they trust each other. Writer-producer Fabio Guaglione and director Enrico Clerico Nasino discuss trust and betrayal, using genre to analyse a romantic relationship, and other â€˜locked room’ films, including Vincenzo Natali’s Cube (1997).