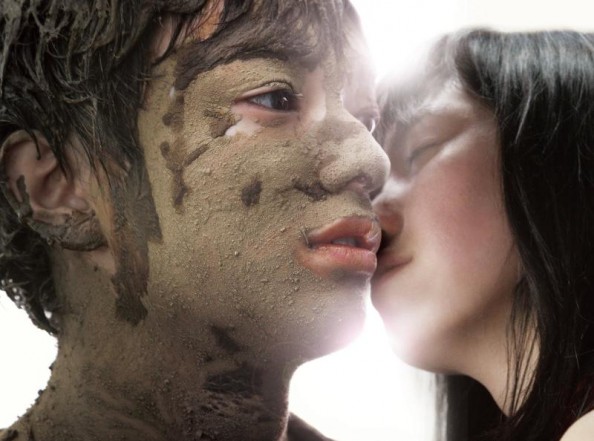 The release of Himizu, a powerful manga-adapted teen drama set in post-tsunami Japan, is the occasion to take a closer look at the work of maverick director Sion Sono. We have an interview with Sono and a review of Exte: Hair Extensions, as well as previous reviews of Guilty of Romance, Cold Fish, Love Exposure and Suicide Club.

At the cinema we review William Friedkin’s acclaimed comeback feature Killer Joe, David Cronenberg’s Cosmopolis, Billy Wilder’s classic The Apartment and Kaneto Shindô’s poetic portrait of the struggles of peasant life The Naked Island. We have a Comic Strip Review of Luis Buñ’s The Discreet Charm of the Bourgeoisie and an interview with Belá Tarr for his austerely apocalyptic final film, The Turin Horse.

In DVDs, we look at 1930s horror gem Island of Lost Souls, Fritz Lang’s lovers on the run tale You Only Live Once, and documentary Corman’s World: Exploits of a Hollywood Rebel.

In the blog we report on the Cannes festival. In Alter Ego, Carol Rifka Brunt is Harold but would like to be Maude.

PODCASTS:
Modern Hauntings:: Alex Fitch talks to Eduardo Sá about his debut film The Blair Witch Project and his latest movie, Lovely Molly, which follows the mental breakdown of a young woman tormented by the ghosts of her past. Also, in an interview recorded at SCI-FI-LONDON, Shawn Holmes talks about his micro-budget feature Memory Lane, which sees an Afghanistan veteran cheating death repeatedly to revisit his memories of a dead girlfriend and solve the riddle of her death.