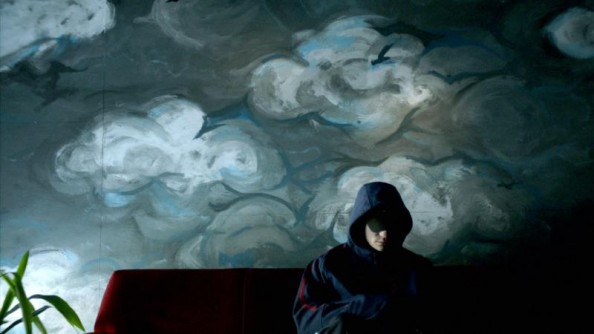 August is full of fakes: in Bart Layton’s jaw-dropping documentary The Imposter, a man impersonates a missing child; James Marsh’s Shadow Dancer is a fictional account of an IRA member turned informer; Orson Welles explores art forgery in F for Fake; Israeli series Prisoners of War deals with released prisoners who may have been â€˜turned’; Powell and Pressburger’s I Know Where I’m Going! creates authenticity through cinema trickery. We have features on myth fabrication in Searching for Sugar Man and fakery in Christopher Nolan’s films. Peter Strickland talks about his giallo homage Berberian Sound Studio while our Comic Review is on The Rutles.

In other cinema releases, we look at Ole Bornedal’s The Possession. In DVD releases, we review Francis Ford Coppola’s 80s classic Rumble Fish, and as the BFI start releasing the BBC A Ghost Story for Christmas films, adapted from M.R. James, we look at the first two volumes.

Our online movie is Secret Number, an award-winning student film about a scientific conspiracy theory. We have a feature on the German festival dOCUMENTA (13) and our report on Sheffield includes a review of Ai Weiwei: Never Sorry, out this month, and we have the second part of our Cannes coverage, while in Alter Ego, author Kerry Hudson is Working Girl Tess McGill.

PODCASTS:
Unreliable Images: In a pair of Q&As recorded at SCI-FI-LONDON, the London International Science Fiction and Fantastic Film Festival, Alex Fitch talks to director John Simon about his adaptation of Philip K. Dick’s Radio Free Albemuth and to director Berton Pierce and special effects expert Greg Aronowitz about the film Sense of Scale, a documentary on model making in the cinema.