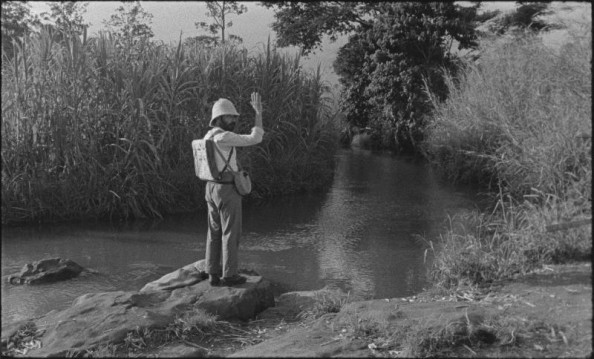 Memory: Lost love remembered, ghosts of the living and the dead, bygone cinema

Memory is our autumnal theme this month with reviews of Miguel Gomes’s wonderful tale of past wrong love Tabu and The Swimmer, Frank Perry’s startling 1968 portrayal of a man coming to terms with his life. We have an interview with Guy Maddin about his latest ghostly reverie Keyhole and a feature on Hirokazu Kore-eda, director of After Life and Nobody Knows. Our Comic Strip Review remembers an episode from a BBC TV series from the past, A Ghost Story for Christmas‘ Whistle and I’ll Come to You. In Alter Ego, writer Will Wiles is Grosse Pointe Blank‘s Martin Blank.

In the blog we report on Film4 FrightFest and Karlovy Vary while CineLit focuses on books on horror film.

PODCAST:
Philosophy, Murder and Forgotten TV series: Alex Fitch talks to film critic and historian Kim Newman about The Edgar Wallace Mysteries, a series of British B-movies made in the 1960s and subsequently rebranded as a TV series, based on novels by the co-creator of King Kong. Plus: in a Q&A recorded at the Raindance Film Festival, Alex talks to director M.A. Littler about his documentary The Kingdom of Survival, a road movie that explores the current state of scepticism and philosophy in modern America and features interviews with Noam Chomsky, Ramsey Kanaan and Joe Bageant.