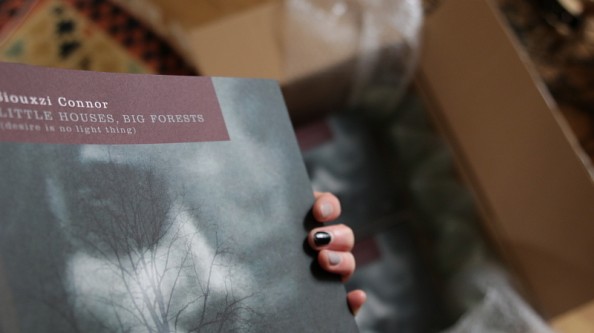 We are pleased to announce the publication of Little Houses, Big Forests (desire is no light thing), an anthology of essays, short fiction, novel extracts and film stills – the first containment in one place of the writing and visual work of Electric Sheep contributor Siouxzi Connor. The book is an invitation to get lost within varied landscapes of its pages: middle-of-nowhere Australia, the minds of Susan Sontag and W.G Sebald, and, most prominently, the proverbial forests of all of our childhoods. There are, however, a few thematic paths to trace through these landscapes. Coming-of-age desire, our uneasy sense of self when isolated in nature and female sexuality become the mile-markers. The invitation to get lost is an invitation to come out the other side with the sense that being lost is not necessarily a state to be avoided but one in which we can occasionally luxuriate in.

Siouxzi Connor is an Australian-born writer and experimental filmmaker. Her work, which explores ecology, anthropology and female sexuality, has appeared in galleries, anthologies and cultural journals internationally. A former fellow of the Berlin Institute for Cultural Enquiry, she is based in Berlin with the creative collective uferlos.Berlin Studios.

Watch an interview with Siouxzi Connor about her new book: