The Cannes Film Festival is planning to shake things up a bit during its 71st edition.

When the official festival line-up was announced last month, a sigh went through the crowd. Not only had Netflix been barred from this year’s Official Competition, but what’s worse was the repeatedly low number of female directors on display – only three out of 21 this time, undoubtedly a meagre result.

END_OF_DOCUMENT_TOKEN_TO_BE_REPLACED

The 70th anniversary editoion of the Cannes Film Festival promises to be as intriguing, fun and unpredictable as ever.

Yorgos Lanthimos follows up his acclaimed The Lobster with The Killing of a Sacred Deer, a Kubrickian version of a modern Greek tragedy starring Colin Farrell and Nicole Kidman, while Michael Haneke has teamed up again with Isabelle Huppert for his latest offering Happy End . We also very much look forward to Andrey Zvyagintsev’s Loveless, Fatih Akin’s thriller In the Fade and You Were Never Really Here, the new film by Lynne Ramsay, which sees Joaquin Phoenix’s killer protagonist plunging deep into conspiracy and crisis.

In comparison, this year’s Un Certain Regard strand looks somewhat pale at first sight. However, the two titles that stand out are Before We Vanish by veteran director Kiyoshi Kurosawa as well as Wind River, the directorial debut by Sicario and Hell or High Water writer Taylor Sheridan. Also worth checking out seems Western by German director Valeska Grisebach, who worked as a writer on last year’s Cannes favourite Toni Erdmann.

Out of Competition titles include Takashi Miike’s Blade of the Immortal and the new film by Hedwig and the Angry Inch director John Cameron Mitchell, How to Talk to Girls at Parties, while the Midnight Screenings strand seems to offer equally intriguing fare with Jung Byung-Gil’s The Villainess and Byun Sung-Hyun’s The Merciless. Plus, this year two episode’s of David Lynch’s upcoming season of Twin Peaks and two episodes of Jane Campion’s Top of the Lake will be screened, despite the fact that there is usually little television on show at Cannes.

As always, one must also take note of the usually excellent Directors’ Fortnight strand, which this year opens with Claire Denis‘ Un Beau Soleil Interieur, starring Juliette Binoche. However, the slate also includes new films from Abel Ferrara (Alive in France) and Sean Baker (The Florida Project), as well as Sundance frontrunner Patti Cake$ by Geremy Jasper, which serves as the closing film.

Check out the full Official Selection line-up below.

For more information on the full line-up, visit the Cannes website.

With 20 filmmakers set to compete for the Palme d’Or this year, the 69th edition of the Cannes Film Festival looks like it’s going to be as intriguing, fun and unpredictable as ever.

Opening on Wednesday 11 May with Woody Allen’s latest offering Café Society, the Competition line-up takes on a darker tone with exciting new films by the likes of Jim Jarmusch, Nicolas Winging Refn, Jeff Nicholl, Park Chan-wook and Brillante Mendoza to name but a few.

Following up his brilliant Only God Forgives which screened in Cannes in 2013, we especially look forward to Nicolas Winding Refn’s new film The Neon Demon, which the Danish director has described as ‘a horror film about vicious beauty’. Back in Competition for an eighth time, Jim Jarmusch will premiere his bus-driver drama Paterson, and also present his Iggy Pop documentary Gimme Danger in a special screening slot.

After premiering his sci-fi thriller Midnight Special at the Berlinale in February, Jeff Nicholl has already completed his next film. Loving stars his long-term collaborator Michael Shannon alongside Joel Edgerton and Ruth Negga as the inter-racial couple Mildred and Richard Loving, who were jailed in Virginia in 1958 for breaking state laws by getting married.

Set in colonial Korea in the 1930s, Park Chan-wook’s The Handmaiden is based on Sarah Waters’s novel Fingersmith. Other literary adaptations include Xavier Dolan’s star-studded Only The End of The World, an adaptation of Jean-Luc Lagarce’s play about a terminally ill writer who returns home after a long absence, and Paul Verhoeven’s Elle, based on a thriller by Philippe Djian and starring Isabelle Huppert as a businesswoman who is attacked at her home one night and decides to stalk her assailant back.

Olivier Assayas’s second English-language feature Personal Shopper has been described as ‘a ghost story set in the fashion world’ and plays alongside other promising titles such as Na Hong-jin’s The Wailing, a highly anticipated Korean blockbuster about a detective and a shaman, Scottish director David Mackenzie’s Hell or High Water and Sierra-Nevada, the latest film from Romanian filmmaker Cristi Puiu.

In comparison, this year’s Un Certain Regard strand looks slightly weaker than usual, but there are two Japanese titles to look out for, Koju Fukada’s Harmonium and Hirokazu Kore-eda’s After The Storm as well as Singapore filmmaker Boo Jungeng’s Apprentice, described as a morbid prison drama that explores the relationship between the prison’s chief and a young correctional officer. Promising a vampire romance along the lines of Let the Right One In, Michael O’Shea’s debut feature The Transfiguration also looks worth checking out.

In the Directors’ Fortnight, Alejandro Jodorowsky will present Endless Poetry the second film of a trilogy that began with The Dance of Reality, while Pablo Larraín reunites with Gael García Bernal for political thriller Neruda.

Unfortunately, Ben Wheatley’s latest offering Free Fire didn’t seem to have made the selection, but there is still enough on offer to make this 69th edition a really exciting one.

For more information on the full line-up, visit the Cannes website. 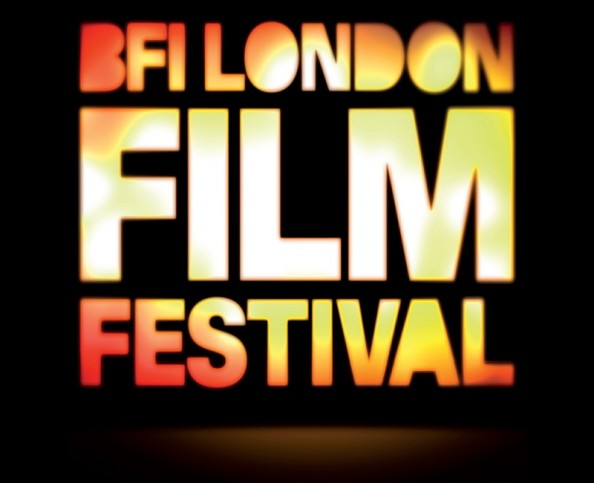