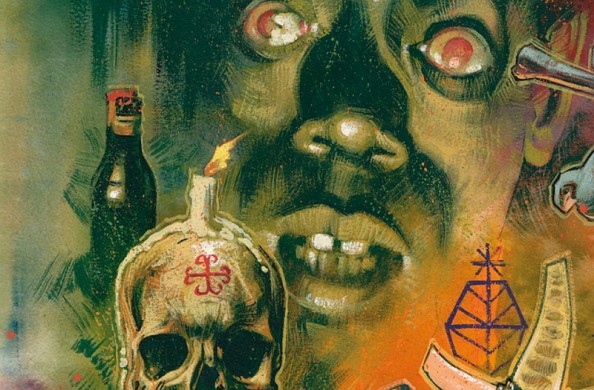 Since the first descriptions of bizarre ceremonies witnessed by the French colonial historian Moreau de Saint-Méry, Haitian Vodou has been characterized by most European and American commentators as a deplorable and dangerous African atavism that, if allowed to flourish, could eventually corrupt and destroy the economic and social order of the New World. Such omens were spectacularly affirmed by the Haitian Revolution of 1791, which, according to legend, was triggered by a Vodou ceremony in which a blood-sacrifice was offered to the ‘demon gods’, and the slaves, in a state of trance-like possession, butchered their white masters in a ‘racial holocaust’. Since then Haiti has held a special place in colonial imaginings of all that is macabre, sinister and maniacally savage, a land of irredeemable barbarism and ‘Voodoo Terror’.

This class will trace a history of such representations, discussing how they continue to shape xenophobic and neo-colonial imaginings of Haiti as a country mired in superstition and incapable of enlightened self-governance, and the importance of the zombie figure for these ‘chimerical optics’.

John Cussans is an artist, writer and researcher based in London. Since 2009 he has been involved with the Ghetto Biennale in Port-au-Prince, Haiti, often working with the Haitian video collective Tele Geto. He is the author of Undead Uprising: Haiti, Horror and the Zombie-Complex (Strange Attractor).

For full details of the next courses please check the Miskatonic website. For all enquiries, please email Miskatonic.london[at]gmail.com.